“Clearly a multi-talented performer, as well as being a fine flautist she has a rich mezzo voice and a great deal of dramatic presence” – Susan Elkin, Lark Reviews

Emily Andrews studied Maths at Cambridge University before following her heart and becoming a full time musician. She graduated in 2010 with Distinction from her Masters degree in flute performance at the Royal Academy of Music, where she studied with Clare Southworth & Kate Hill.

Emily performs a wide range of repertoire in different contexts. Equally at home in the orchestra as performing recitals solo or in chamber groups, and with classical as with folk or world music; her career is extremely varied.

Since leaving the Royal Academy of Music Emily has been studying classical singing with acclaimed vocal teachers Neil Baker and Anya Szreter. She increasingly includes songs in her flute recitals, adding contrast and colour to her already varied programming.

Emily is a passionate chamber musician, performing regularly with her prizewinning guitar and flute/voice duo (The Andrews Massey Duo), which has brought out three CDs and performed in Sweden, Germany and Italy as well as the UK. Following their Tunnell Trust Award in 2013 they have developed particularly good links with the Scottish music clubs, resulting in regular concerts and tours of Scotland. The duo has performed at many of the UK’s most prestigious venues including Colston Hall, Kings Place Hall 1, St James Piccadilly, Wigmore Hall, Lytham St Annes, and St Martin in the Fields.

Emily also performs regularly in the UK and abroad with her husband, Colombian guitarist Francisco Correa , and with the French pianist Alice Rosset – for more details of these duos please look at her Chamber Music page.

Her current project is with trio CarmenCo, formed by her, David Massey and Francisco Correa: this trio won generous Arts Council England funding to research, develop and tour a new concert-play called Creating Carmen, about the writer Prosper Merimee whose novella Carmen inspired the opera by Bizet some 30 years later. For more information about this fascinating show please see the CarmenCo website. 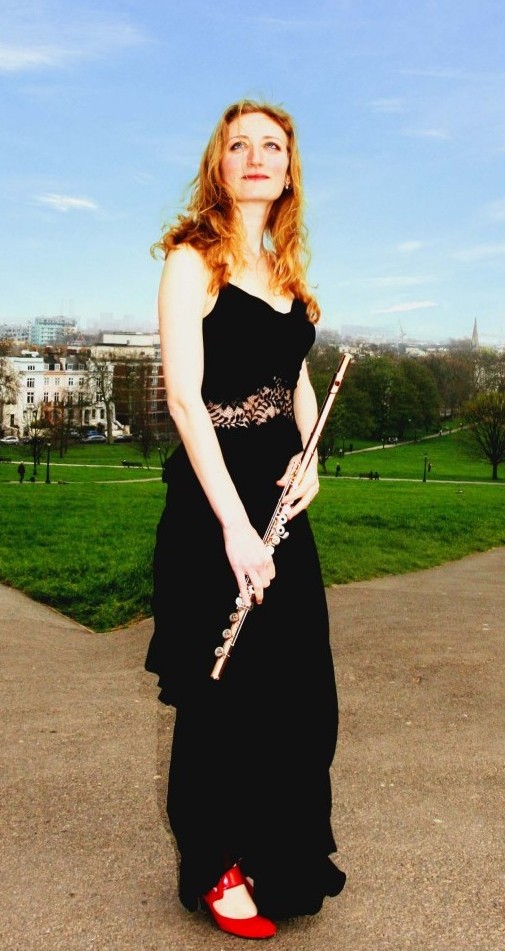